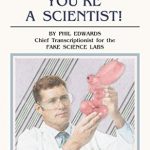 You’re A Scientist! (Make Your Own Mistakes Book 1) by Phil Edwards [Book Review]]

Saw this free ebook advertised on the Fake Science Facebook page and decided to try it out. It was a fun little Choose your own Adventure book, set in the Fake Science Lab, where you started out as a beaker cleaner with 5 basic choices (Explore space/Become a biologist/Become a chemist/Become an earth scientist/Become a physicist). The choices branched out in many fun and unexpected ways and while most of the ends were bad ones (where the lab mortician usually comments something random about your silly death), I did reach some good ends too. In fact, the true ending (and quite a hilarious one indeed) could be reached in more than one way.... Read More | Share it now! 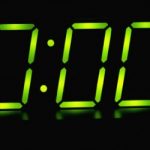 My first mistake was thinking you were the absence of value. You proved to me you were the value of absence. I was expecting nothingness. Instead, I found existence.... Read More | Share it now! 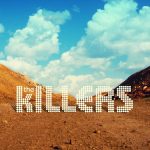 He had always loved Jennifer –desperately, endlessly, loved her the way he could, loved holding her tight in his arms. So that evening’s Jennifer had come out as something out of his own mind’s conception; he still couldn’t clearly recount her words, her “ain’t-got-time-for-this” lack of reasoning and her hurried, inconvenienced dash through the door. That bell had rang furiously, the bell she had got for him at some point and hung over the doorknob; it was a sound of wreckage.  It was –let’s see, it was right after Jennifer had moved, and he –he had bought that Bourbon bottle to celebrate with her. And after she had left, he –what had he done? He was shaking, that he knew; shaking like the devil, somewhat in the same position she had left him, or maybe tripping and falling over himself, or maybe standing still, and the television was on, and he had turned it off, and the fuzzy noises had ceased, and he had finally come to a realization, and –he had smiled.... Read More | Share it now! 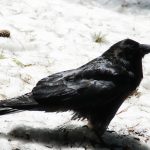 The truth about birds [Short story]

He showed me a painting of a bird. Swift movements, smooth angles; the essence of aerodynamics. He told me that flying is the act of perfection. He told me how birds are freedom itself. He regarded them as delicate, perishable beings that disappear if touched. To him, birds were the ideal that you can only earn towards, but never reach.... Read More | Share it now! 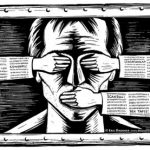 Five years had passed since the Permanent Network Surveillance Law had been voted for; five years in which gradually, about 60% of the users of the internet had abandoned it. First it had come off as a protest – a protest against great corporations trying to amplify their control over mankind. A protest beyond that of simply marching on the street, holding signs asking for justice; a protest of boycotting, of crashing sites of said grand corporations and of refusing their services entirely. But ultimately a protest.... Read More | Share it now! 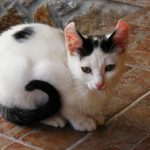 Reaching out to you [Short story]

The day I first approached you was an ordinary day in a long row of ordinary days; but then it was this particular encounter that decided in my head that I was a privileged being; for, as a cat, I could connect with people with much more ease than they could do it among themselves.
At least a month had passed since, upon going to bed as a 30 something year-old man, I suddenly and perplexingly woke up as a member of Felis domesticus. That is to say, I woke up in the body of a cat, while still retaining a human consciousness and ability to discern facts. It had taken me quite some time till I had finally coped with seeing the world in greenish blue tints, hearing every little sound wave as is amplified and, most disturbingly, smelling every ounce of odor of organic and non-organic entities. But even so, beyond my enhanced senses, what truly bothered me were my cat instincts; I had to obey them whether willing or not; yet I couldn’t help but rationalize my behavior and feel ashamed of it from a human perspective.... Read More | Share it now!

Nothing and nothingness [Short story] 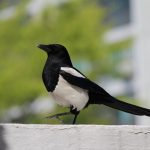 It was the last safe place on Earth for him.
A brain, an intelligent brain, enclosed in a tiny skull. His head. His head was the safety zone. He kept telling himself that. His brain would never ever betray him. It was his and his alone.
It was his last home, his last sanctuary.... Read More | Share it now!

This was an essay I wrote for the Shakespeare’s Day essay contest, which was held for the first time in our town (which has nothing to do with Shakespeare or any British literature whatsoever), spring 2011. I managed to get… 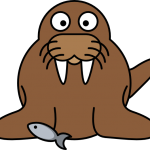 Once upon a time, in a mythical land which belonged to Kla-Kla, the God of Absentmindedness, there was a huge army made up entirely of radioactive walruses.... Read More | Share it now! 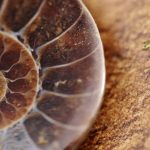 ‘Twas older than the seashells [Poem]

Mr. Boo-boo Fin was silently suffering, crouched on his pink silk unicorn pillow. There comes a time in each and every one’s life when one has to endure the most excruciating pain known to a human being: constipation. In Mr. Boo-boo Fin’s case, the pain was even more degrading: for, you see, he was an immortal and a pretty old one at that – having lived over 2500 years. And every 50 years, thanks to an unhappy incident involving a drunk hippopotamus, a grumpy old witch and a rainbow colored slug, the pain was to repeat itself tenfold!... Read More | Share it now! 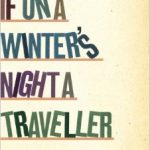 If on a Winter’s Night a Traveler, by Italo Calvino [Book Review]

About a quarter into this book, I thought: ‘Wow. What an extraordinary read.’
Halfway through, it became quite repetitive.
After 3/4 out of it, I found it rather boring.
In the end, I was definitely disappointed.... Read More | Share it now! 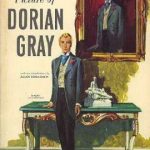 The Picture of Dorian Gray, by Oscar Wilde [Book Review]

** spoiler alert ** I started reading “The picture of Dorian Gray” after receiving several recommendations from my friends. The synopsis seemed interesting, it was categorized as one of the greatest classics ever, I was sure I would enjoy it. But boy, was I wrong.... Read More | Share it now!